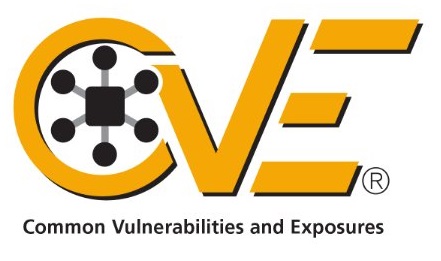 It's been 5 years since I wrote my first post comparing the number of CVEs (security vulnerabilities) reported each year by major programming languages and web frameworks and asking Who's Had More Vulns?

And it's been 2 years since I went back and updated the numbers again to reflect the newest data, still showing there is no statistical support for the notion that CFML is somehow inherently "less secure" than other languages.

There's a fair amount of disingenuity, or perhaps just willful ignorance to the statistics here and I talk to a lot of people who are astonished that CFML is still in use due to the alleged massive numbers of vulnerabilities.  One would think simply touching the code might give you rabies.  Some CFers suggested that it's a form of "virtue signalling" by infosec professionals to throw CF under the bus, winking at each other over there shared distaste for a platform they have little knowledge of but assume sucks.

So I just got my weekly CERT update....
How the f*** is ColdFusion still around?! Okay, TBH, ANYTHING Adobe, but ColdFusion? It has sucked donkeys since about 2000. Seriously, folks, use a real framework. Sheesh.

Who's had more vulns?

On that note, I decided to dust off my links to www.cvedetails.com and get the latest data regarding just how many CVEs are being reported by the major web technologies each year over the last 10 years.   Is CF really the worst there is? 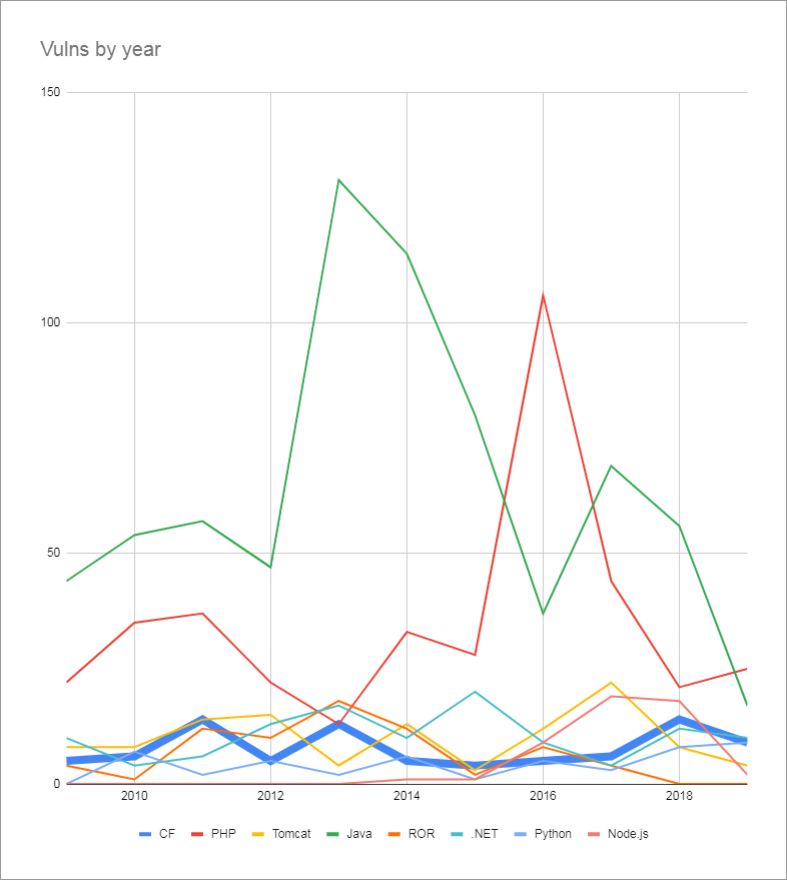 No, it isn't.  In fact, ColdFusion is decidedly average when it comes to the raw numbers of CVEs that come out every year.  Here you can see the last 10 years of CVE reports as publicly viewable on www.cvedetails.com showing the trend of yearly vuln reports for ColdFusion, PHP, Apache Tomcat, Java, ROR, .NET, Python, and Node.js.  Python and Node are new additions.  They have fewer vulns than CF, but I wanted to hit all the major server-side technologies from W3Techs to get a good data set.  Java and PHP tip the scales as usual with a huge amount of reported vulns every year.  This however, is never held against them, at least not in the same manner that people accuse CF.

The rest of the pack is honestly pretty tight.  All the major web technologies have a few vulns every year, some more than others, but there are really no stand outs other than Java and PHP.  CF is comfortably "in the pack" so to speak.  Mind you, I'd love to see CF have zero vulns every year, but it's just silly to pretend it's outpacing others in this regard.

Another thing that's bothered me a bit is the severity assigned to CVEs. Adobe's security team assigns the severity to each CVE and they appear to just have a chart where vulns of a certain type receive a certain severity rating regardless of how exploitable the vuln is.  While erroring on the side of caution may seem safe to them, I think it causes unnecessarily bad press.  For instance, the entire series of RMI Java serialization bugs are only exploitable on servers with their RMI port exposed, which is a very small number of installations.  A simple firewall rule to only allow HTTP traffic squashes external access to this exploit.  In my opinion, that should reduce the severity rating.  Something should be 10 out of 10 if, say, 75% or more of all installations are sitting ducks to the attack.

Then there are CVE's like this one which I don't think even deserves to be called a vuln, let alone a "critical" 10 rating.  That was, at best, an enhancement to the long standing behavior of uploading files to help protect unscrupulous developers who were storing uploads right into their web root.  Yet, Adobe security classified this enhancement as a CVE with the highest rating.  I am very thankful for Adobe's quick attention and seriousness that they treat all security issues, no matter how small, but I feel like they go a little overboard sometimes and security flaws are sometimes the only marketing Adobe CF gets in the greater programming space!

I'm not sure if Adobe is using it, but the CVSS is a standard for rating vulns that takes into account (among other things)

Ok, time for another graph. 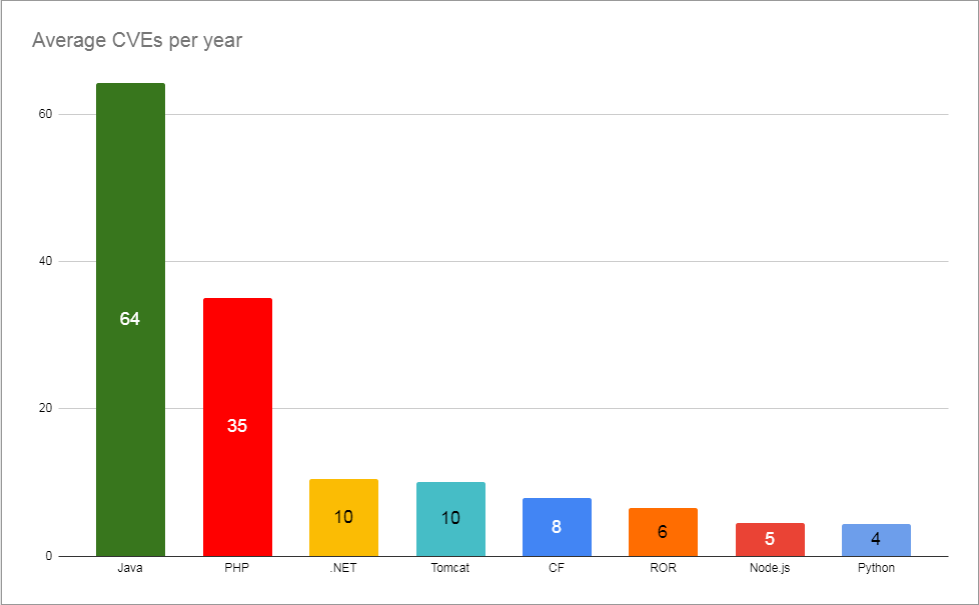 Just reaffirming where CF sits in the standings.  Nestled between .NET/Tomcat and ROR with an average of only 8 CVEs a year, compared to 64 a year for Java and 35 a year for PHP.  (Note 2019 data is incomplete)

Ok, so some takeaways

And here's my raw data for the graphs above: