With the release of DataBoss 1.3 today, I thought I'd share a quick story about my recent first project diving into DataBoss.  Full disclosure: DataBoss is a commercial product and I work for the company that makes it.  None the less, I thought it was pretty freaking useful so I thought I'd throw out this quick post.

For those of you who don't know what the heck DataBoss is-- it's a Dynamic ORM Administrator.  Basically, it can scaffold out CRUD (Create, Read, Update, Delete) screens for pretty much any database structure and it's all based on ColdFusion ORM.  It runs on Adobe ColdFusion as well as Railo and the minimum to get it running is to create ORM entity CFCs, drop them in your models folder and reload ORM via the interface.  It will pick up your entities, read all the relationships, and create all the screens necessary to manage the data in your database complete with formatting, validation, rich text editors, date dropdowns, etc.

So, the recent project I got assigned was for a company that does development services.  They had a project they had been working on for one of their clients that involved a nicely-normalized database of about 20 tables that supported a multi-lingual ordering and reservation system.  They had the front end system built out with ColdFusion but the problem was the deadline was getting very close and they weren't going to have to time build the backend of the system that allowed all the products, descriptions, and companies to be configured.  They needed to have a backend over to their client in a matter of days to start entering data, but there simply wasn't enough time to build one from scratch.

Enter DataBoss.  I was tasked with setting up a data-entry app they could use to manage their database until they had time to finish the backend.  The database that had already been built was well-structured and contained many examples of one-to-many, many-to-one, and many-to-many relationships.  I was given a backup of the data structure and a diagram that showed all the foreign key relationships.  Using Adobe's CFC Generator for ColdFusion Builder, I selected the tables via the RDS datasource view and stubbed out all the ORM entities in script.  Don't try to use the CF Builder plugin to create relationships.  It's horrible and you'll be sorry.  For just stubbing out the entities and the properties, it's pretty good though and saves a lot of time.

DataBoss is packaged as a portable ColdBox module which means you can drop it into an existing ColdBox app, or just deploy it as a small standalone app.  I chose the latter and dropped my ORM entities in the /model folder.  After adding my datasource name to Application.cfc and changing dbCreate to "none" the app sprang to life and displayed a list of all my entities in a drop down.  There's settings in a JSON file to control pagination as well as the internationalization of the DataBoss app itself.  DataBoss already comes bundled with German translations which was nice since this project was for a German company.

At this point, I went through and configured all the relationships and added metadata to each entity and property that controlled how it displayed on the screen, what kind of validation it applied, and what form controls to display for each field.  After a bit of tweaking, we had really nice CRUD screens fleshed out that even used 24-hour clock and dd/mm/yyyy date formats to match the local standard.  I enabled the Basic HTTP Auth built into DataBoss, and it was ready to deploy publicly!  All in all, we had the entire admin finished and ready to deliver to the customer in just a few days.

I was pretty pleased with how easy it was to get working, and was a major saver for them to get the edit screens to their customer in time.  And now, they can use those ORM entities for future development on the application.  DataBoss Standalone is only 99 bucks which isn't bad considering the time it can save you.  Think about using it for that old legacy database you have no edit screens for, or to help you create your next database.  You can also download a trial to play around if you want.

I will be presenting on how to get started using Couchbase for caching and NoSQL at a TeraTech webinar next month.  Couchbase is an up-and-coming server that mixes caching capabilities with a NoSQL JSON document store.  It has excellent performance and the best clustering/sharding/failover setup I've seen.  I'll be demoing the brand new CFML SDK for Couchbase as well as the Ortus Railo Extension.  Here's the session description.

nteractive applications have changed dramatically over the last 15 years. Today, they must support millions of users simultaneously and downtime is no longer acceptable. Three mega trends – Big Data, Big Users, and Cloud Computing – are driving the adoption of NoSQL technology over traditional relational SQL.

NoSQL document stores are reinventing the way we design our databases and cache layers. Couchbase open source server is a unique database with unparalleled performance, automatic replication and failover.
In this webinar:

Will A Piece Of Paper, Folded 42 Times, Reach The Moon?

So I was at a friend's house Sunday night playing a game when this odd fact came up in conversation:

If you were to fold a piece of paper in half 42 times, it would reach the moon.

Several of those around the table scoffed at this, exclaiming that a single sheet of paper was simply too thin to have its thickness reach any substantial amount after only a few dozen folds.  I pointed out it was entirely possible seeing as how doubling the thickness with each fold would lead to an exponential increase in thickness that would increase slowly at first before quickly getting larger.  My friends were clearly imagining a linear increase in thickness.

I also knew that it is pretty much impossible to fold a single sheet of paper more than about 8 times -- though Myth Busters once folded a giant sheet the size of a football field 10 times. The resulting thickness (after hitting it with a bulldozer) was almost a foot tall, though there was quite a bit of air mixed in with the 1,024 sheets.  The formula for finding out how many of something you'll have after doubling it N number of times is as follows where O is the original number (or size in our case).

A standard sheet of paper is about 0.1 mm so 42 folds would give us this:

To help visualize the data, I created a quick spreadsheet and graph that tracks the thickness of the paper for each fold.

And to graph that out in kilometers looks like this: 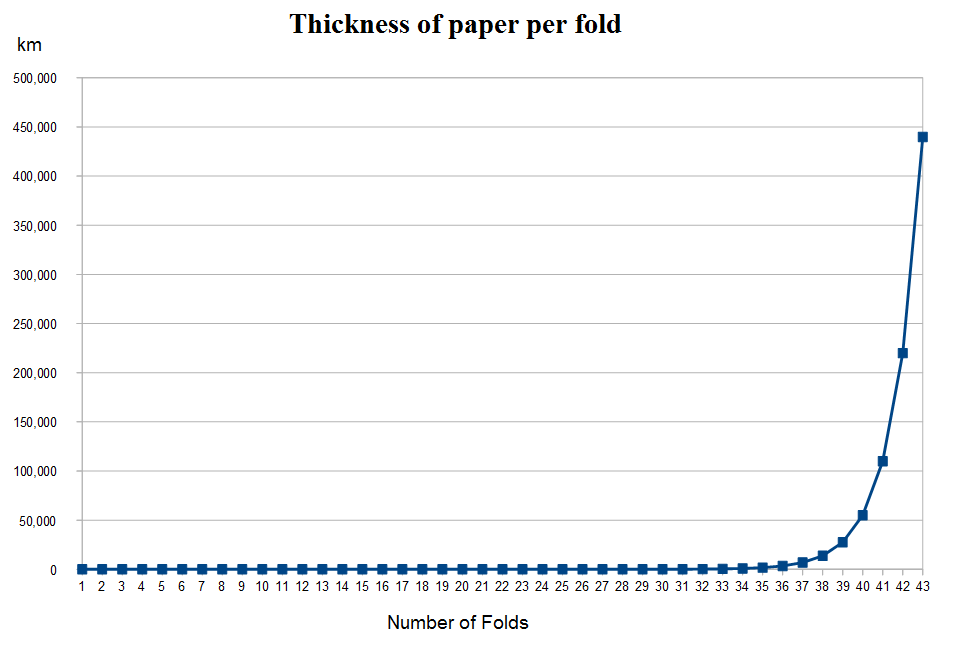 Into The Box Movie Trailer

We've created a fun trailer for our Into The Box conference this May.  Please check it out and then register to come for a great day of learning that doesn't take itself too seriously :) 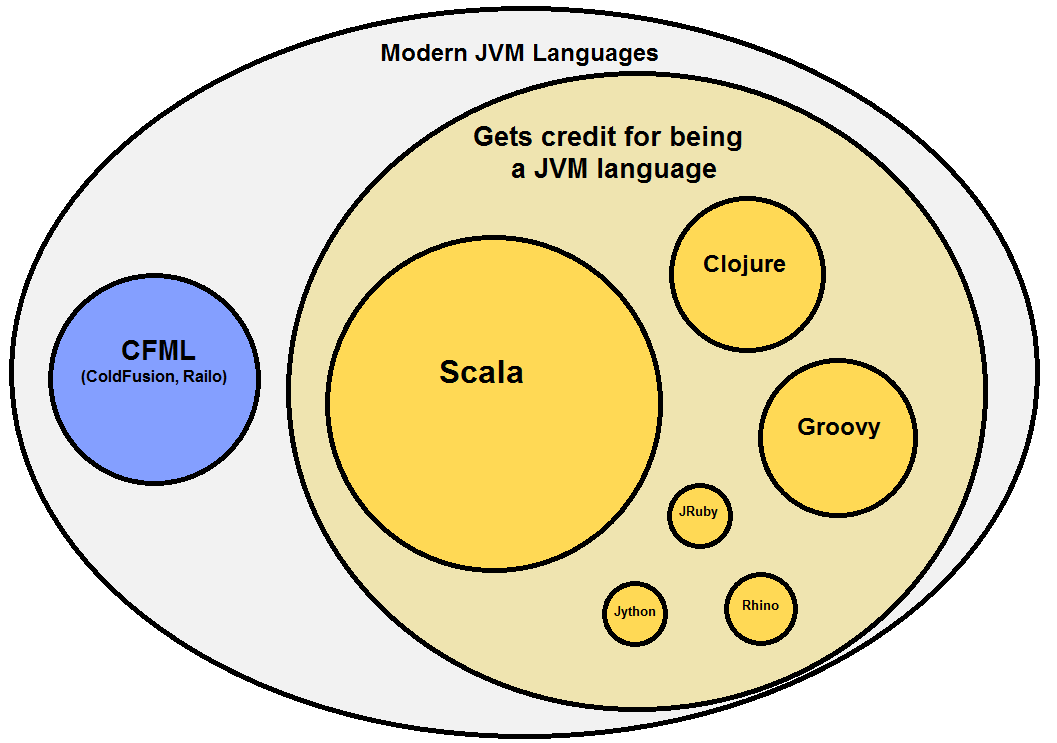 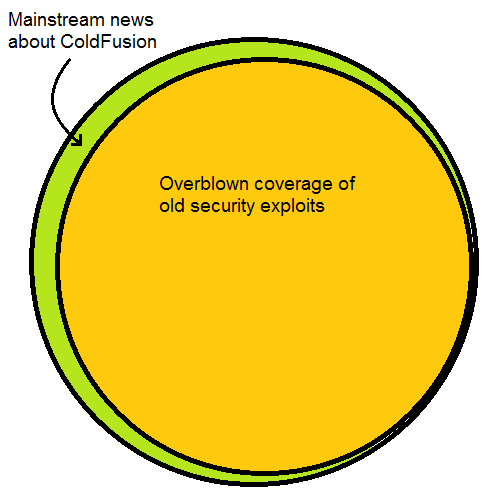